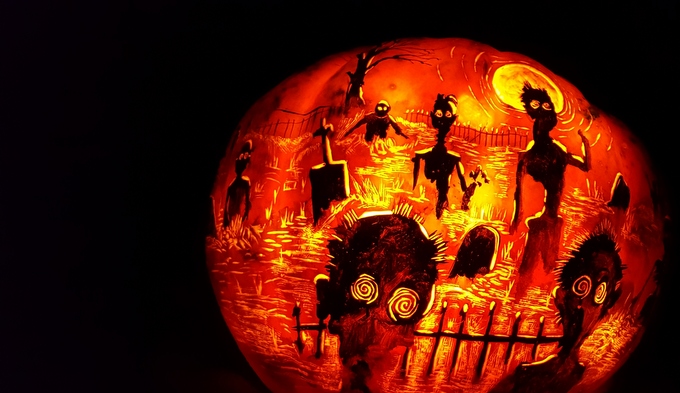 Into this scene a ghost appeared
To add his own style of haunt
It was, after all, just as he feared
The obvious source of his want

His desire, you see, was not to scare
Or even cause a fright
Instead his goal: to soothe and calm
The children this Halloween night

He knew, at once, if they were scared
They’d cry and scream and run
(He was of course, a ghost that cared)
He just wanted them to have some fun

So, he turned on the lights
(they worked after all)
And worked to make things right
As he floated on down the hall

His mission, he knew, was quite clear
Before the midnight bell
To eliminate the cause of fear
As far as he could tell

He welcomed they all sincerely
As they appeared upon the scene
And did his best, so dearly
To create a Happy Halloween!

May all your tricks make you laugh and all your treats be (good) chocolate!