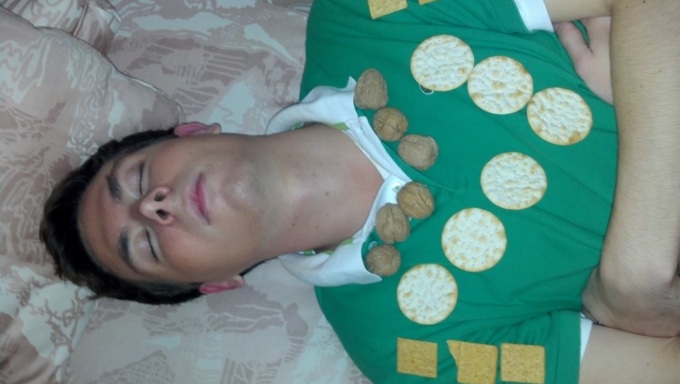 Today is National Opposite Day. At least some say it is. Wikipedia says it could be whenever you declare it to be. And Opposite Day is not to be confused with Backward Day (or Backwards Day) – that’s not until Sunday.

No one really knows when National Opposite Day began, but perhaps it started with President Calvin Coolidge when he proclaimed “I do not choose to run for President in 1928.” He left everyone wondering whether or not he really would seek re-election. (He did not.)

According to timeanddate.com, there is an Opposite Day paradox: ” Technically, Opposite Day cannot exist. If you say today is Opposite Day, then because of the rules of the game, today would be the opposite of what you just said i.e. not opposite day or a normal day. Instead, if you said it was a normal day, then it would be a normal day.” (Think about it!)

On National Opposite Day, the idea is to do the opposite of what you would normally do: get up on the other side of the bed, write with your other hand, sit on the other side (of the table, the train car, the bus, the exercise class, etc.)

Obviously kids revel in the idea of saying one thing, but meaning the opposite. (Can’t you hear them giggling now as they tell you they WANT to eat their vegetables?) Why let them have all the fun?

Eat breakfast for dinner.
Eat dessert first.
Answer the phone “good bye!”
Wear your boots on the opposite feet.

Find something really positive that’s the opposite of what you normally do. Never volunteer? Raise your hand first! Tend to be grumpy in the morning? Greet everyone with a pleasant hello! Are you the first one to leave at the end of the day? Stay late and be the one to turn out the lights. Usually wear dark colors? Wear something red! Stingy with compliments? Say something nice to everyone you meet!

Pay attention to your language and start talking about what you DO want, instead of what you DON’T.

Here’s your chance to be bold – to break out of your rut and try something new. You can announce in advance that you’re celebrating National Opposite Day, or you can wait and see what kind of reaction you get to your new, improved behavior. Whether or not anyone notices, you may be surprised at how great you feel!

I’ll play too! I know I will feel great when I start packing my suitcase today – five days before I head to Boston – early, instead of late. (I tend to pack my suitcase an hour before I need to leave for the airport.)

Take a moment now and think of something you’d like to change. What’s the opposite of that?
Do it today!

“Mair Hill was a true source of inspiration for me as a small business owner. Her lessons are on-point for anybody looking to take control of their life, ensure a successful future, and discover new sources of healthy living and joy!”