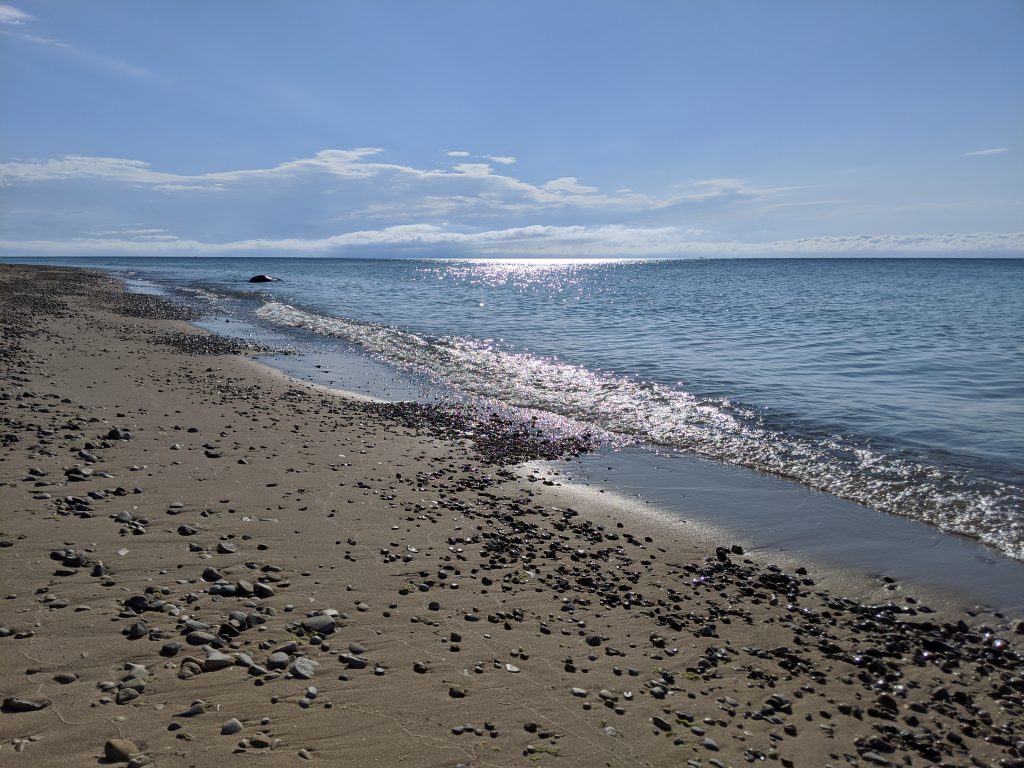 I must go down to the seas again…

In 1902, poet John Masefield expressed the urgency he felt to be on the water. More than a century later, in 2015, marine biologist, Wallace J. Nichols explained why that’s good for all of us.

He wrote a book titled, Blue Mind: The surprising science that shows how being near, in, on, or under water can make you happier, healthier, more connected, and better at what you do. His research “has shown that being near, in, on or under water can provide a long list of benefits for our mind and body, including lowering stress and anxiety, increasing an overall sense of well-being and happiness, a lower heart and breathing rate, and safe, better workouts… being near water boosts creativity.”

He coined the term “blue mind” to describe “the mildly meditative state we fall into when near, in, on or under water.”

The local watering hole is easier to find depending on where you live: 71% of the earth’s surface is water. 96% of that is found in the oceans. The state with the highest percentage of water is Michigan. Hawaii is a close second and Rhode Island rounds out the top three.

Pause for a moment and think of how you feel when you’re near the ocean or a creek or a pond. The sounds alone are calming (because of their soothing effects, ocean sounds or water flowing over rocks are often used as white noise or in ASMR to help people sleep.) Being around water outside in nature has the added benefits of fresh air and sunshine (think vitamin D).

Last week we talked about grounding (or earthing) and the benefits your body receives when your bare feet touch the earth. That’s true whether your skin touches dry land or the sand as you wade into the ocean.

The ability to de-stress with water’s soothing properties allows your body to unwind. Like Nichols proved in his research, your heart rate and breathing rate slow down. Your body can relax.

Less stress means your body produces less cortisol: the fight or flight hormone that likes to pack extra weight around your belly. Less overall stress allows your immune system to function optimally which means you are less likely to catch the next cold (or worse) making the rounds.

The benefits of being near water are not limited to only natural sources – even the kiddie pool in your backyard has the potential to elicit a calming effect (unless, of course, it’s filled with excited little bodies demanding your attention – but even then, laughter is always good for the soul!)

If you’re lucky enough to savor a few moments of alone time with your feet in the kiddie pool, you also have the pleasures of being outside, breathing fresh air, and soaking up the sunshine.

The bathtub is yet another source of tranquil waters. Light a candle. Add a few drops of essential oils. Dim the lights and settle in for your own private spa session.

When was the last time you spent time on or near water (any kind of water)? What’s your favorite way to unwind with water? Spill your ideas below!

“I really, really believe in what she’s doing and I know it will empower you in ways you haven’t even thought about. It’s helped me beyond words …especially when I’ve felt like our situation with my daughter’s mental illness and our financial dilemma felt hopeless. It’s all good stuff … even if it’s only about finding a great parking spot.”